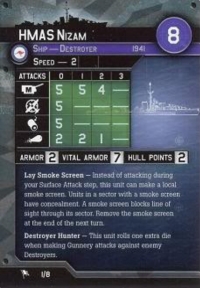 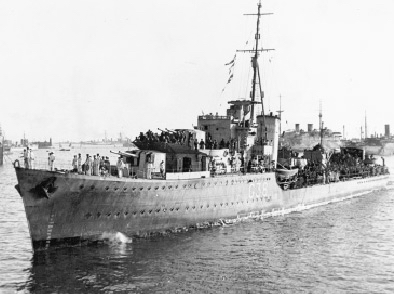 HMAS Nizam (G38/D15) was an N-class destroyer of the Royal Australian Navy (RAN). The destroyer, is named after the last Nizam HEH Asaf Jah VII, was a commissioned into the RAN in 1940, although the ship remained the property of the Royal Navy for her entire career.

Nizam spent the early part of her service in the Atlantic, then was reassigned to the Mediterranean, where she was involved in the Crete and Syria-Lebanon Campaigns, the Tobruk Ferry Service, and the Malta Convoys. During 1942, the destroyer was involved in Operation Vigorous and the Madagascar Campaign. The next year saw the ship involved in patrols of the Indian and South Atlantic oceans, searching for German ships and submarines, and rescuing the survivors of U-boat attacks. After returning to Australia for a refit at the end of 1944, ten sailors were washed overboard in February 1945, with none ever seen again. The rest of World War II was spent operating in the Philippines and New Guinea regions.

After returning to Australia in late 1945, Nizam was decommissioned and returned to the Royal Navy. The ship was not returned to active service, and was broken up for scrap in 1956. 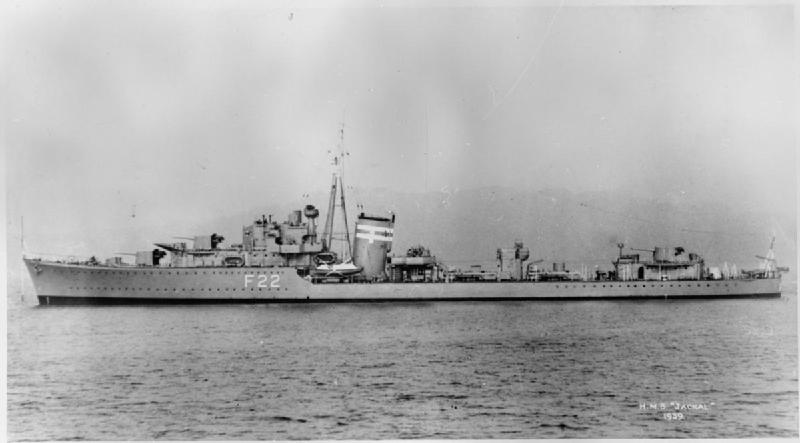 The J, K and N class was a class of 24 destroyers of the Royal Navy launched in 1938. They were a return to a smaller vessel, with a heavier torpedo armament, after the Tribal class that emphasised guns over torpedoes. The ships were built in three flotillas or groups, each consisting of eight ships with names beginning with "J", "K" and "N". The flag superior of the pennant numbers changed from "F" to "G" in 1940. The ships were modified throughout their war-time service, particularly their anti-aircraft (AA) guns; they were also fitted with radar.