Please help support TroveStar. Why?
At least one of these are for sale right now with a price of: $6.99

Collectors value this item at an average of 11.23

Model Information: This is the second 40 foot reefer made by Mehano. It is distinctly larger than the first version (which was a Roco knock-off) and has a noticeably different door. Both models are of similar quality. 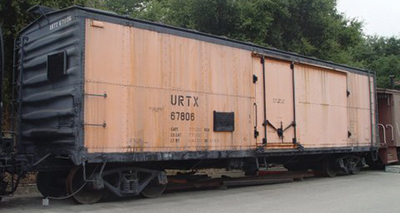