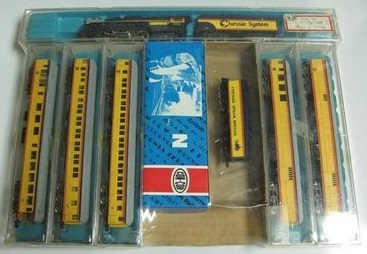 Specific Item Information: Limited Edition Set #1 "Chessie Steam Special": one steam locomotive with 5 heavyweight cars and an auxiliary tender.
This set was the first Limited Edition Set issued by Con Cor and all the items came in separate individual boxes rather than in the familiar woodgrain boxes in the later issued sets.