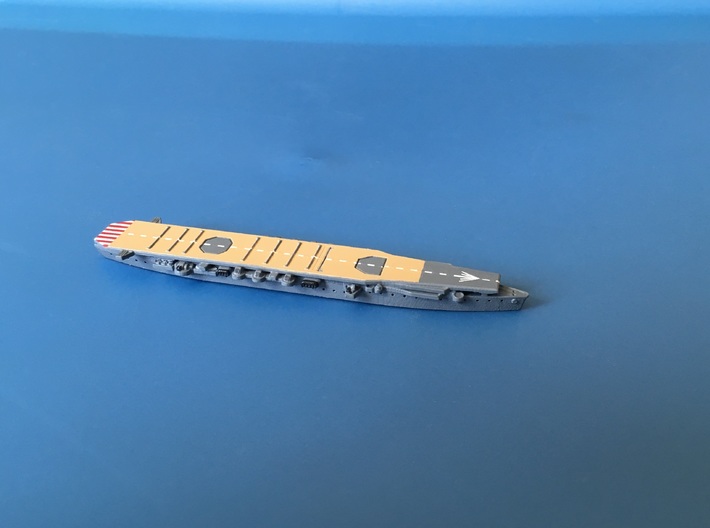 Notes: Chitose (åæ­³) was a light aircraft carrier of the Imperial Japanese Navy during World War II. First laid down as a seaplane tender in 1934 at Kure Navy yard, the ship originally carried Kawanishi E7K Type 94 "Alf" and Nakajima E8N Type 95 "Dave" floatplanes. Although it has been speculated that Chitose also carried Type A midget submarines, only her sister ship, Chiyoda had that capability. Chitose saw several naval actions, taking part in the Battle of Midway though seeing no combat there. She was bombed by B-17 Flying Fortresses off Davao, Philippines on 4 January 1942, sustaining negligible damage. She covered the Japanese landings in the East Indies and New Guinea from JanuaryâApril 1942, and was damaged in the Eastern Solomons in August 1942.

Chiyoda (åä»£ç° "Thousandth-Generation Field") was a light aircraft carrier of the Imperial Japanese Navy during World War II. Originally constructed as the second vessel of the Chitose-class seaplane tenders in 1934, she continued to operate in that capacity during the Second Sino-Japanese War and the early stages of the Pacific War until her conversion into a light aircraft carrier after the Battle of Midway. She was sunk during the Battle of Leyte Gulf by a combination of naval bombers, cruiser shellfire and destroyer-launched torpedoes. 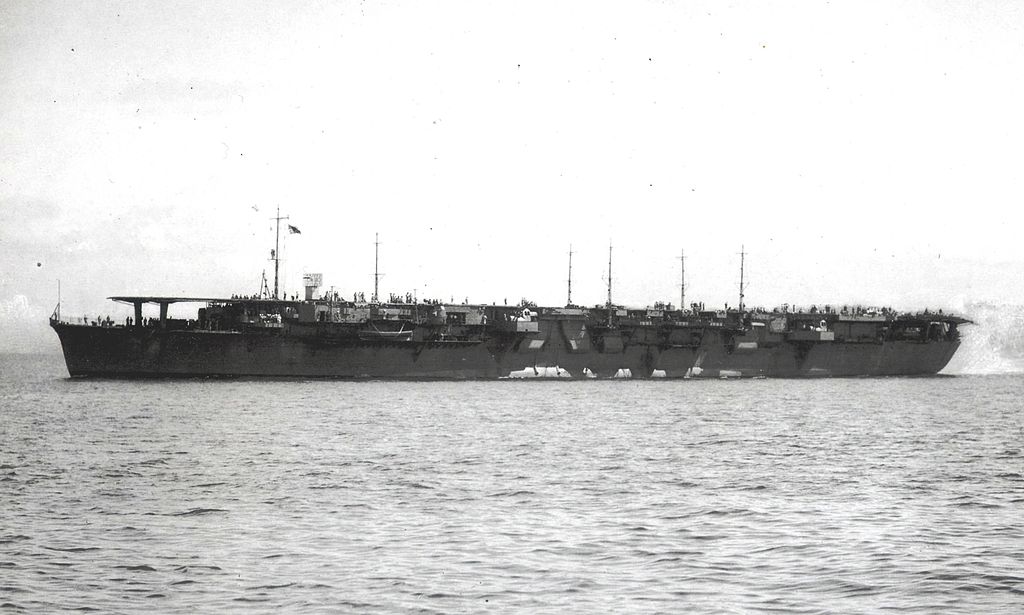 The Chitose-class seaplane tenders were procured by the Imperial Japanese Navy under the 2nd Naval Armaments Supplement Programme of 1934 as purpose-built ships, whereas their predecessors were all conversions of merchant or auxiliary ship designs. During the 1930s, the Imperial Japanese Navy made increasing use of naval aviation as scouts for its cruiser and destroyer squadrons. Due to restrictions imposed by the Washington Naval Treaty and London Naval Treaty, the number of aircraft carriers was strictly regulated; however, there was no limitation as to seaplane tenders.